Once you have the taste of a good heirloom tomato you’ll be convinced to try them. Some of  the best tasting tomatoes are the heirloom varieties. They are known for their distinctive colors, flavor, size and texture. Traits that have been passed down for generations. Many hybridized tomatoes are a combination of the best heirloom traits whether it be disease resistance, hardiness, color, size of fruit, ripening time and how well they transport. In the process of hybridization some good traits from heirloom tomatoes such as flavor and nutrients have been compromised; that is why many home vegetable gardeners are again starting to grow heirlooms again.

One of the problems that you can encounter with heirlooms is their lack of resistance to soil borne disease such as Fusarium wilt, Verticilium wilt. You can avoid soil borne disease by planting your heirlooms in containers filled with potting soil mix. When planting in the garden, form a barrier with plastic or mulch, between the soil and the plant so that no soil splashes on the leaves. Don’t plant in the same spot the following year. 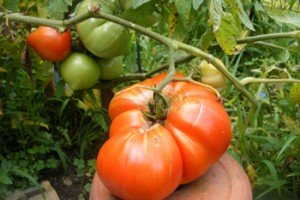 The great thing about heirloom tomatoes is that they produce true seeds which can be saved year after year and produce the same tomato.

Some of my favorite heirloom tomatoes are: Boxcar Willie,Black Krim, Brandywine, Cherokee purple, Mortgage Lifter, Pineapple and Yellow pear.  You will find that some tomatoes grow better in your local area than others.